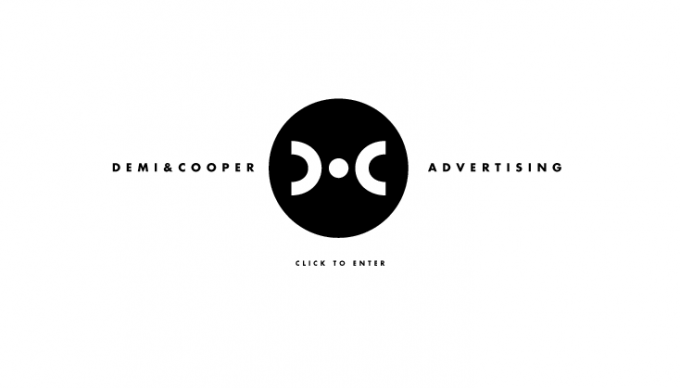 A Surprising Look at Agency Advertising, Circa 10 years Ago

I recently hit my 10 year anniversary at Demi and Cooper Advertising, and man has the company changed in a decade. We have changed physical locations, from an office loft just down the street to the beautifully renovated building known to Elginites as “The Old Elk’s Lodge”—and although our current location is so impressive that people often request a guided tour, I’m not talking about the change in physical location. The company added two humans to the world, since I met and married my husband, AKA current Demi and Cooper Web Art Director Walter Ottenhoff IV, and we now have a two and five year old—the five year old is the fifth Wally. But I’m not talking about population changes either. No, I’m talking about the company, and what we do.

Our finish line is the same—to spread the word about our clients, to get butts in seats and people through doors, to build brand loyalty and sales and relationships. But the path to get there has totally changed.

To demonstrate this incredible difference, I’ll mention a bit of what I learned on my first day. I was hired as an Account Coordinator. I was being trained by my sister, who was an intern at the time (and was the reason I was hired for the job, since she’d proven herself—good work, sister!). She had been trained by the previous Account Coordinator in our responsibilities, which were many and complex. She showed me how to fax the Tribune to order an ad in the real estate section, how to relay any price or minor wording changes to our one web guy who would be able to change it within a few days, and how to manage production of a brochure for a beautiful condo on Lake Michigan in the city (I just checked it out—construction is currently complete but it’s not sold out yet. Yay real estate!). And managing these things took up a great majority of my time in my first several months.

You heard correct above—we had one web guy with no inside or outside support. And we were very proud at the time of our web page. (Calling DemiCooper.com at the time a website would be generous—it was a single page that appeared after a tiny flash movie. Laughable now, but advanced for the early 2000s.) Websites we created for clients at the time were static pages with a few buttons—brochures at a web address. Any changes had to be communicated to us, and some complicated web coding would make the change appear. One of these websites actually still exists and is used by the old client still—I won’t say which, because, how embarrassing, right? That would be the equivalent of a modern day person wearing a poodle skirt with no trace of retro or irony.

My husband at the time was a graphic designer (designing that condo brochure), and within a year started to tinker with designing websites a bit. Since he was used to working within page edges, he was at first thrown off by the endless bottom border available with the downward scroll.

Those were the glory years of real estate, so at that time we had a heavy focus on selling homes. Charles, our President, did several things right in those early 2000s that allowed me to celebrate my ten year anniversary of working at Demi and Cooper this past summer.

First, he kept our portfolio diverse. We were known at the time for our real estate clients, but our designers, including my husband, current Creative Director Marc Battaglia, and current Art Director Danielle Murray were good. Very good. They could (and still can) do anything they were asked, way better than you ever imagined it yourself.

Danielle can create something out of nothing (I’ve witnessed her conjure an entire press conference set up, a designed awning surrounding a half-a-block building downtown, a fancy ground breaking event including tiny shovels as a guest favor). I have seen her wave her wand to make these things so often I consider her a creative, whimsical magician. She looks like the things she designs—beautiful, fun, snazzy. Marc, on the other hand, with is hiking boots and eagle scout scruff and Biology degree does not. Despite what you would expect from his manly demeanor, his work exudes simple elegance and stylish glamour. He is so ahead of design and art trends that I swear he is the one who starts them. His work always screams the clients’ voice, but it also screams “sexy”—in fact, I think he was the one who started using “sexy” to describe nonhuman things. And then there is my husband, who I’ve watched go from his amazement at website borders to designing and programming incredible sites that are always just better than the last and almost as handsome as he is. He’s the one who taught me that a 2 year old website is old and out of fashion. I may be biased about his incredible design and programming talents, but then again, I’ve seen him obsess over and become passionate about new website features and technology. It’s because of stylish guys like him that the nerds are the new hot guys.

Anyhow, Charles saw that they could do anything, and so he was able to keep our portfolio diverse—education, healthcare, retail—and so we survived the mid-2000s real estate crash.

More importantly, though, Charles very much foresaw that everything was going to change for marketing, in terms of medium, in the early 2000s. I still remember Charles with 4-5 people from the office huddled in the conference room for hours each week talking about first the increasing dynamics and capabilities of websites, and then about blogs, this new “the Facebook” thing, Twitter. (At the time, “Mobile” and “apps” wouldn’t even be in our vocabulary for a few more years.) They talked about what Web 2.0 was (a phrase I’m embarrassed to even say now, for fear of sounding old school), and then about how we could leverage it for our clients. Rather than allowing the slowing faxed print ad orders and community brochures to swirl down the drain and take us with them, Charles grabbed a surf board big enough to hold the company and told us all to hop on. We’ve been catching great waves ever since.

When I had my son (Walter V) five years ago, I switched positions to a Web Writer. My entire job is now writing for our web marketing department. As you can guess, this department didn’t even come close to existing when I started at the company. The above-described meetings led to the addition, as well as the founding of DC Interactive, an entire sister company with a web marketing focus to show people that when it comes to new marketing technologies and capabilities, we meant business. (A new business to show we meant business—how literal!)

We still have these technology meetings, perhaps with slightly less urgency than when it was changing our entire direction. We meet to talk about what’s new, and what’s coming. We always work to make sure that we are on the cusp of the next great thing, keeping up with (and sometimes just ahead of) the wild ride provided by ever-changing technology and trends.

I wrote this article because I just read about a new partnership between Leo Burnett and the Huffington Post, where writers from the Huff will be hanging out at Leo Burnett a few days a week to write content for their clients. In it, they quote the Huff’s CEO, Jimmy Maymann saying, “I think that’s also what the advertising agencies are realizing. If you need to produce five, 10 stories on a daily or weekly basis, right now I know that very few agencies are set up to do that and very few advertisers are set up to do that.” I laughed when I read it, since I’m proud to be writing for one of the few.