All PR is Good PR?

A close associate of mine recently spent five minutes explaining why she hated Rush Limbaugh. I asked her how often she listens to him and wasn’t surprised by her answer. “I’ll catch him two to four times a week” she said, adding for emphasis “it’s horrible.” Rush claims 20 million people listen to his program, but I wonder how many of them are just like my associate.

So why does she listen? Why does she make an effort to tune into a program she admits drives her crazy?

I believe it’s because in areas where people have strong, sound opinions, they want to express them positively and debate with those who they believe are “wrong”. And now, thanks to the ubiquitous nature of blogs and forums, those opinions can be expressed.

In meetings about social marketing, negative posts against the client are the number one action they fear. I understand that. After all, nobody wants to see something negative written about them, especially in a place where everyone and anyone can see it, and certainly not in their own blogs.

But I tell our clients that negative posts are going to show up anyway, and I’d rather know about them and handle or respond to them than let them go unchallenged. In many cases, those who post negative comments write them in such a way that anyone who reads them will recognize the irrational logic behind them. Take this example of a comment Sherman Hospital received after “Tweeting” a surgery (by the way, the patient agreed to do this and her family followed the surgery via the tweets while sitting in the waiting room. Also, this story was picked up by every major newspaper in our area, WGN TV news, Huffington Post and many other media outlets).

“An advertising employee from Demi and Cooper in Illinois is texting tweets about a surgical patient undergoing hysterectomy and oophorectomy at Sherman Hospital with the da Vinci robot.
Gee, I guess just about anybody can get in the surgical suite these days
and send out live messages and pictures while they’re at it…. How would
you like 2 advertising execs witnessing your surgery and tweeting and
snapping pictures about it to send outward to just about anyone in the
world? Am I truly the only person who finds this a wee bit wrong?

Since neither Dr. Raja Chatterji or Dr. Humberto Lamoutte see to be
oncologists, it’s so refreshing to learn that over 1,000 people on Twitter
got to read and see images of what may well have been a completely
unnecessary oophorectomy, as well. Lovely.

Can any hospital sink lower? Yeah, probably. I can hardly wait…

In the meanwhile, thank you Sherman Hospital for providing me the most
disgusting media story of the day.

p.s. If this is the kind of medicine the “next” generation would like to
see…heaven help us all… It’s bad enough that so much technology of
today has removed the REAL human aspect of person-to-person contacts (while
providing us a quick tool for ease in “communication”), but when virtual
reality replaces reality and voyeurism stoops this low, well, it’s not for
anyone’s education. It’s just sick voyeurism. Ask yourself this — how
many of those unknown entities who signed up for the tweets on these
surgeries are secretly waiting for ‘the mishap’ to occur that makes their
time all that more memorable and well-spent? I bet it’s more than one…”
——————————————-

Wow, how’s that for a tough comment? This reminds me so much of my friend’s interest in Rush and her inability to just ignore what she doesn’t like.

So why did this woman take so much time to tell us how disturbed she was by the tweeted surgery? Obviously we hit a nerve. But her comments were totally inaccurate. As I mentioned, the patient approved of the tweets and her family loved the communication. As for voyeurs, she’s right. People were fascinated in a good way, and I’m not just talking about the many medical students who followed the procedure, but also the many women and men who have this type of procedure on the horizon. Their feedback was great.

So the bottom line is that Sherman Hospital took a chance and saw some tremendous positive media coverage because of it. But with it came some negative responses which were expected.

Was Sherman right to open themselves up to criticism while trying to further their mission? Of course. Life is all about taking calculated risks, otherwise we’ll all just remain stagnant. Passing up an opportunity like this because you fear negative comments shackles you to the status quo — and that’s not where any forward thinking company should be.

So go ahead, take chances. And when you get some negative comments, relax. You cannot please everyone, and unfortunately, many of those who you cannot please would rather write you to complain rather than just ignore you (like my associate who cannot ignore Rush). 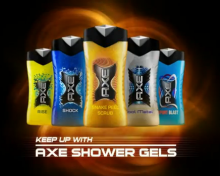 Heading to Orlando for SHSMD? See How To Make Social Media Work For You Friday