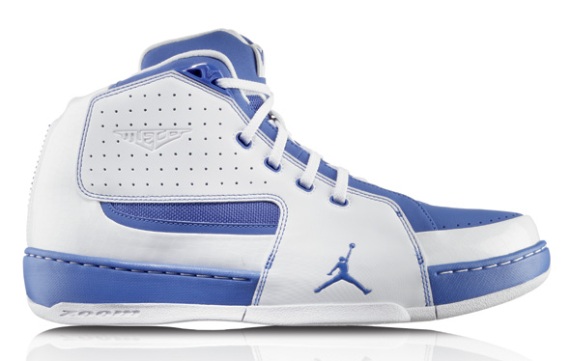 Creative Use of Video: Nike and Jordan

I love basketball. The Chicago Bulls’ and Michael Jordan’s dynasty in the 1990s happened when I was young enough to understand it, but not old enough to fully appreciate it (Example: when John Paxson was hitting the series-clinching 3 against Phoenix in 1993, I was upstairs playing Teenage Mutant Ninja Turtles on NES). By the time I understood just how special the team’s run was, it was disassembled and Jordan was long gone.

But it’s not all bad, for we still have his “Jumpman” logo and regularly-released shoes by Nike to promote the Jordan brand. One of the latest shoes to hit stores is the Jordan Melo M6, the 6th shoe released with Denver’s Carmelo Anthony as the spokesman and model. Tip: if you ever run into Melo, try to keep from calling him a model. He may not dig it.

What does this have to do with online marketing? Nothing yet. But when you visit the M6 website, you’ll be greeted with a series of auto-launching videos that offer behind-the-scenes looks at the shoe’s design, feedback from testers, and a couple of interviews with Anthony.

It’s an extremely slick and well-made experience that challenges the notion of what a landing page is supposed to be. Even after the series of videos concludes, you can read more about the benefits of playing with the shoe, the inspiration stitched into each pair (I particularly like the miniature Baltimore skyline), and the shoe’s many different color schemes to choose from.

Will I be getting a pair? Certainly not. But I’m past my prime, and never spent more than $100 on basketball shoes back in the day. If I were shopping for a new high-end shoe, creative video such as this might just have tipped it in.

Click here to visit the M6 website. Quick performance note: Since the videos auto-load, you could be at the mercy of your Internet connection. If it’s lagging, pause it to give your ISP some time to catch up.