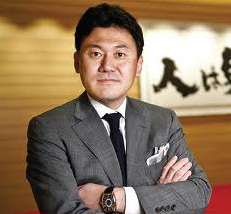 Hiroshi Mikitani is a self-made billionaire in the world of online retail (he is CEO of Rakuten, which is often termed the Amazon of Japan), and he recently was a part of a $100 million round of funding for Pinterest, the growing social media sharing site.

Forbes has an in-depth interview with Mikitani that is filled with his perspective on Pinterest and why it’s was so attractive to him. A portion is excerpted below, but I’d encourage you to read the whole Forbes interview when you have some free time. It’s quite Pinteresting.

“Pinterest is not that popular in Japan yet, but through my network, from the early stages I knew about Pinterest. I have been following them, I use it, and started to realize this is a totally different social media. It’s difficult to generalize social media. Pinterest and Facebook are very different.”

Looking for more on Pinterest? The Spark Report has you covered. Also, my apologies for that terrible pun.