Seigle’s Cabinet Center is a quality cabinet retailer in the Chicago area. Established in 1881 as a lumber company, Seigles grew to be one of the top 50 building materials dealers in the country. In 2005, Seigle’s was acquired by Stock Building Supply. Stock exited the market in 2009, and Mark Seigle reacquired the cabinetry operation, the largest distributer of kitchen and bath products in the Chicago market.

A few years ago, we were hired on to manage social media for the company. Since Seigles had been out of the public spotlight for a few years, and the public had recently started migrating online, the move made sense.

“This program reaches our targeted markets in a very expedient and efficient manner. Since selling my business in 2005 and buying it back in 2009 there has been a total paradigm change from traditional forms of media to web marketing. As of this year we have ceased all forms of marketing except for web marketing based on its potency.”
-Mark Seigle

We established a Twitter handle, Facebook page, blog, and a monthly eblast. We have helped to grow their list of eblast contacts to be sure we could communicate with interested people. And we have built and helped to foster valuable relationships using Linked In. The relationships we build through these networks continue to help Seigles obtain new customers, including directly traceable connections that have allowed Seigles to bid on large projects.

We also have helped to create and promote quarterly incentives for customers. During 4th quarter 2011, new customers who spent $7,500 or past customers who increased their prior purchase amount by $7,500 would earn a free iPad2. Seigles ended up giving away 74 iPads—well above the hoped for 40—and during the promotion had their best sales month on record. 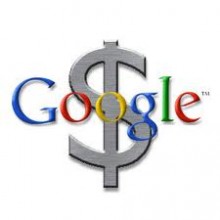 Market To The "Talkers" For More Efficient Results