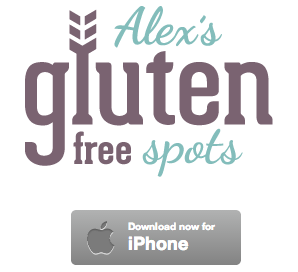 DC Interactive Group is proud to announce the launch of Alex’s Gluten Free Spots, a new gluten-free iPhone app. The app will offer crowd-sourced reviews and ratings of gluten-free restaurant offerings, and it’s also the first of its kind to offer celiac friendly ratings, so users understand the risks of cross-contamination in restaurants with gluten-free items on the menu.

Not long ago, Charles Falls (our company president) had trouble finding out if gluten-free food offered at restaurants was safe for his daughter, Alex, 19, who was recently diagnosed with Celiac disease. “Existing apps showed that particular restaurants offered gluten-free food, but none offered a thorough rating system that said if the food was Celiac friendly, the risk of cross-contamination, or how well-versed staff members are in which items are gluten free,” he said.

A gluten free diet is currently the only treatment for celiac disease. The number of people with gluten sensitivity is staggering, and more Americans express the desire to eat gluten free year after year. (Currently, 29% of adults say they want to cut back on gluten)

With gluten awareness and interest in eating gluten free on the rise, we’re excited to see just how far this new app can go.

Released for iPhone on April 14, 2013, Alex’s Gluten Free Spots is free to download. Offering the app free of charge will allow anyone with an iPhone and an interest in the app to download it, which will help build the database of gluten free spots. 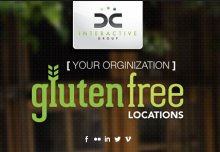