People Like Coke "Brand", But Not Necessarily The Drink

This information below, published by Gord Hotchkiss, explains that people aren’t usually buying your product but rather your brand — so long as a brand exists. So it’s important to make certain your brand is known, understood, and appreciated by your market in order to separate you from your competitors when it comes to the all important time when a consumer makes a buying decision.

In his book “Blink,” Malcolm Gladwell advanced his theory of why Coke drinkers are so loyal to their brand, yet failed to pick it in a blind taste test. The problem, Gladwell says, is in the nature of the test. Coke is meant to be consumed in big gulps, not metered little sips common in taste tests. It’s only when you down a whole can that you can truly appreciate the distinctive biting tang of Coke. But, as Montague would find out, the reason for the irrational devotion to Coke has little to do with taste at all and much more to do with beliefs, emotions and memories. It’s our brains that love Coke, not our taste buds.

Montague and his research partners started with a common blind taste test, where after stating their preferences, study participants were given sips of Pepsi and Coke without knowing what they were drinking and asked to pick the drink they preferred. The results were all over the place. Coke drinkers chose Pepsi. Pepsi drinkers chose Coke. Going into the study, the groups split evenly based on their stated cola preferences and in picking their favorite drink, Coke fared slightly better than Pepsi, but there was little correlation between what people said they preferred and what they actually chose. Their tastes buds were not that finely tuned.

It’s only in the last few years that we’ve discovered just how powerful our mind is in altering our physical perception of the world. The world is what we judge it to be, and judgment is largely passed by mechanisms beyond our conscious awareness. This explains the “placebo” effect, noticeable changes in our physical being due to the power of suggestion alone. If our minds believe, our bodies follow.

In Montague’s (along with his co-authors, McClure, Li, Tomlin, Cypert & Montague ) study, the truly interesting findings came when people were put inside the MRI scanners. Remember, fMRI scanners (functional magnetic resonance imaging) allows us to see which parts of the brain are activated during specific tasks, giving us some clue as to what’s happening inside our minds. After devising a rather elaborate method to feed participants sips of Coke or Pepsi, preceded by visual cues of what they were drinking (the methodology description took up a good portion of the published paper and is worth reading just to see the lengths one has to go to if you’re intent on conducting fMRI research) the researchers analyzed differences in brain activity.

The Brain on Coke

In one group, they provided two sips, one of Pepsi, the other also of Pepsi, but in an anonymous presentation with participants being told that the second sip could be either Coke or Pepsi. In the second group, the same thing was done, but this time it was Coke that was both the identified and anonymous drink. Then participants were asked to state their preference. In the Pepsi group, about half the group chose Pepsi and there was no strong preference over the anonymous drink (also Pepsi). But in the Coke group, the respondents overwhelmingly chose Coke over the mystery cola (also Coke).

When Montague examined the difference in brain activity, the difference between the two groups was fascinating. When the identity of the cola wasn’t known, the only brain activity registering was in the Ventromedial Prefrontal Cortex, an area associated with feelings of reward. When participants were told they were drinking Pepsi, the brain activity didn’t change significantly. But when the third group was informed they were drinking Coke, suddenly other areas of the brain started lighting up, including the hippocampus, parahippocampus, midbrain, dorsolateral prefrontal cortex, thalamus and the left visual cortex. What was happening? Well, Coke was obviously eliciting a much strong mental response than Pepsi. People were experiencing Coke at two levels: first, the sensory reward, and secondly, by tapping into people’s beliefs and feeling of self-identify. The parts of the brain that lit up under the conscious awareness of Coke are suspected to control access to emotion and act as gatekeepers to working memory. The brand belief structure of Coke was being mentally loaded up and altering the perception of Coke’s taste. The effect was so strong yet so far below the level of consciousness, brand loyalists swore they could identify Coke’s taste and preferred it, even though blind taste tests consistently proved them wrong.

Somehow, Coke has created a brand that its fans believe in and identify with. The brand unlocks a treasure trove of brand reinforcements that have little to do with the taste or quality of the product. And it was this effect that Coke turned its back on in the introduction of New Coke in 1985. It’s this untapping of brand beliefs we have to keep in mind when we talk about branding and search. With search interactions, the appearance of a brand can unlock belief structures just as strong as Coke’s. In the next column, I’ll explore some of the many elements that go into the building of these beliefs.

So What Does This Mean To You?

Absent a brand, consumers will choose on price. When a known brand is included, consumers will add their perception of the brand to the decision-making process and judge accordingly. So to increase the chances that your product or service is selected, make sure you have a strong brand with which people can identify themselves. 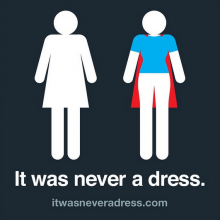