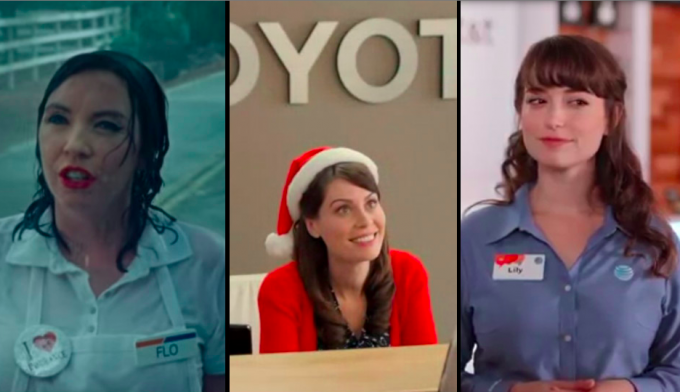 It all started with Flo, the amiable and eclectic spokeswomen from Progressive Insurance. Her success was immediate, which led Toyota and AT&T to follow this proven formula with their own dark haired, smooth talking, affable commercial representatives, Jan and Lily (respectively).

The similarity is striking, not just to us, but to the agencies as well. That’s why, as Jan and Lily were being introduced in simple, straight-forward spots, Flo started to spread her wings to show more personality. Flo needed to keep the top spot.

Thanks to some nice spots, Jan and Lily each got their own followers, and the comparisons between the three began to pop up in national media.

Competition, however, makes people do desperate things. Unfortunately, it appears that both Flo and Jan have gotten a little off track in their messaging.  The value of Flo is that she represented the Brand of Progressive — a company that catered to the wide-ranging interests of its very unique customers. She was well up to this task in scripted spots that were mini comedy-dramas. Not willing to sit still and let Jan and Lily take over, Flo was dropped in a real Progressive office, and a TV spot was made of her listening to and helping regular people like you and me. It isn’t pretty. Flo seemed nervous in this situation, and didn’t appear to connect with the customers who clearly were thrilled to see her. At one point, she even referred to a small child as a “tiny person.”  It made me think that she doesn’t have children, and doesn’t like them. It also made it clear that Flo was ACTING in the other spots. That’s not good. We all want to believe that each spokesperson is real.

Then Progressive tried to get cute with Flo. To me, this is just scary. I’m not sure why any company would want their spokeswoman to be seen like this.

Jan too has moved outside her comfort zone. To give her more personality to compete with Flo and Lily, Toyota’s agency pulled Jan from the stores and front desk and plopped her in a chair to read a seductive story, complete with dark lighting and lower, supposedly sexier voice. What a turnoff. I didn’t like Jan for her sex appeal. Heck, I didn’t know she had any. I liked her because she could easily be my neighbor (though I wouldn’t want to be next to her for an entire barbecue). They even filmed Jan driving a Toyota way faster and more recklessly than just about any woman (or man) would drive. I didn’t want to see that side of her personality. Moving her away from being a super knowledgeable and super friendly Toyota representative to someone who seems to think anything she does is fun and cute is just wrong. Stick to the products.

Lily, on the other hand, continues to shine. AT&T seems to know what they have in Lily (who, in real life is an expert at improv). Every spot is shot in the stores. Every spot features everyday people presenting Lily with unusual situations that she must solve with AT&T’s products and services.

My favorite is this one:

While I understand that some women can take offense at another woman one-upping them in front of their husbands, Lily seems to walk that line very carefully. She obviously hits it off with the husband, and her intelligence leads her to start to cause a problem with the man’s wife. But the spot does a great job wrapping up without any hard feelings.

To me, Flo and Jan are flying off into unchartered space, desperate to find something that clicks with viewers. Whereas Lily seems to be grabbing firm hold of the general approach that made her a success to begin with (product presentation), and is simply finding more unique ways to make those situations memorable.

Sorry Apple fanboys. 10 reasons why there won't be a Verizon iPhone this summer. 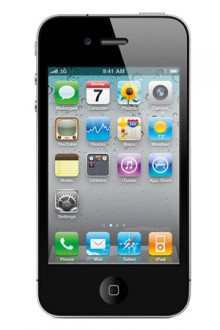