Ads Can Be Customized To Viewer

Someone’s watching you — and who you are determines what they’ll show you.

In malls, health clubs, gas stations and even grocery stores, small cameras are being embedded in the screen or hidden around it to track the viewer’s gender, approximate age range and, in some cases, ethnicity – and can change the ads it displays to those ads that are aimed at that demographic.

That could mean hardware ads for men, cosmetics ads for women and video-game ads for teens. Crazy, huh?

And even if the ads don’t change to match the viewer’s demo, the technology’s ability to determine and record this info in general market terms is important for advertisers who want to know how effectively they’re reaching their target audience at any given location.

While the technology remains in limited use, advertising people say it is finally beginning to live up to its promise. The manufacturers say their systems can accurately determine gender 85 to 90 percent of the time, while accuracy for the other measures continues to be refined. With hair styles on today’s youth, the system is probably more accurate than I would be.

Demographics, but no individual information

Remember “Minority Report”? Tom Cruise’s character enters a mall where a retinal scanner identify him and greet him by name. Well, it’s a little like that, but people are not identified by name. They’re just categorized by how they look.

Using this technology, a screen might show a truck ad for a group of men but switch to a minivan ad when women and children are spotted in the frame by the hidden cameras.

Because face tracking might scare people (think “big brother”), manufacturers are hurrying to offer reassurances. When the systems capture an image of a person watching the screen, a computer instantly analyzes it for specified variables. The systems’ manufacturers say that nothing is ever stored and no identifying information is ever associated with the pictures, thus making the system less intrusive than a surveillance camera that records what it sees right now. At least that’s the manufacturer’s take.

How does it work?

In general, a sensor or camera in or near the screen identifies viewers’ faces by analyzing shapes, colors and the movement. The concept is similar to the way consumer cameras now can automatically make sure faces are in focus. Yes, those little boxes that make pictures so good are now coming back to haunt us.

When the system focuses in on a face, it compares shapes and patterns to those that are already identified in a database as male or female, thus allowing the system predict the person’s gender almost immediately.

“The most important features seem to be cheekbones, fullness of lips and the gap between the eyebrows,” said Paolo Prandoni, chief scientific officer of Quividi, a French company that is also developing the technology. Others include Studio IMC Inc. in New York.

The companies say their systems have become very good at determining a viewer’s gender, but age is not so simple. Currently, the software can group age in only the broadest terms – teens, younger to middle-aged adults and seniors. The companies developing this technology acknowledge that determining a person’s ethnicity is more challenging than figuring out his or her gender and age range.

It may never be more accurate than it is now, but we should never say “never”. And anyway, even 70% accuracy is better than what is out there now. Think about it: If you’re advertising housing to empty-nesters, you can choose to have your ad seen in a mall by everyone who passes, or take a shot at targeting the ad to those in your demo. Even if you miss 50%, the other 50% will see your message — and only they will see it. 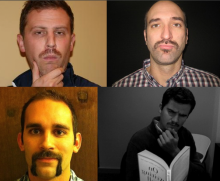 How we helped congratulate an NBA MVP, and solidify our client as a community leader