By now, we’ve all heard about the death of newspapers as a marketing medium (although I strongly disagree with the term “death” since I believe print will play a decent role for advertisers for at least five more years and then will play more of a specific role reaching certain demographics) and the power of the internet to cost-effectively reach customers. While there certainly has been a large shift in ad dollars to the web (we’ve seen excellent results from banner ads, etc.), we must recognize that web marketing by itself poses the same problems as utilizing any other medium exclusively. The point here is to mix the media — but make them work together.

If you want proof that TV can generate response, take a look at our effort for 1555 South Wabash in Chicago (1555 South Wabash Chicago ). While we didn’t produce the site itself (one look and you’ll see why I wrote that), we did insert the TV spot we produced. You see, print was ineffective, especially when the cost was considered. Web banners helped, but unless the banners were geotargeted, we saw a lot of waste in impressions and clicks. So for this community in the south loop area, we produced and ran a tv spot on cable TV in the areas surrounding the community. That spot ended with a special domain name used to track the results (you could only know about the web address if you saw the TV spot). This was the step approach: see TV spot. Go online to website. Schedule appointment. Receive confirmation. Visit sales office.

We budgeted a modest amount that included everything — production, media and the website, and have just ended the flight. Despite the short run, this was more effective than anything else done for the community since the Grand Opening.

Key to this approach was the web site which is really a landing page ( http://www.1555wabashchicago.com/ ). While it is all trackable, the most important element was the appointment scheduler. We knew that anyone looking at the TV spot who wanted information would visit our website. But we didn’t just want them to visit — we wanted them to come in. That’s where the appointment scheduler comes in. But we also wanted their name and info for our eblasts, just so we could stay in touch.

You see, the easier we can make it for people to fulfill our goal (in this case, schedule an appointment), the more likely it is that we’ll get people to work with us. The site was intentionally sparse — no floorplans, no area amenities, etc. since the key points were covered in the TV spot. But what happened? The first days the site was live and the TV spots ran, two appointments were made. What’s even more impressive was that the domain recorded more traffic in the first two weeks than the main website itself had in the three months before the spot ran. All for about half the cost.

So if you’re looking to focus exclusively on internet marketing, beware. You’ll be missing a lot of your market that simply won’t catch your online messages. 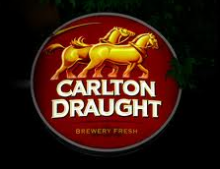 Ad of the week: 90 seconds of Australian awesomeness